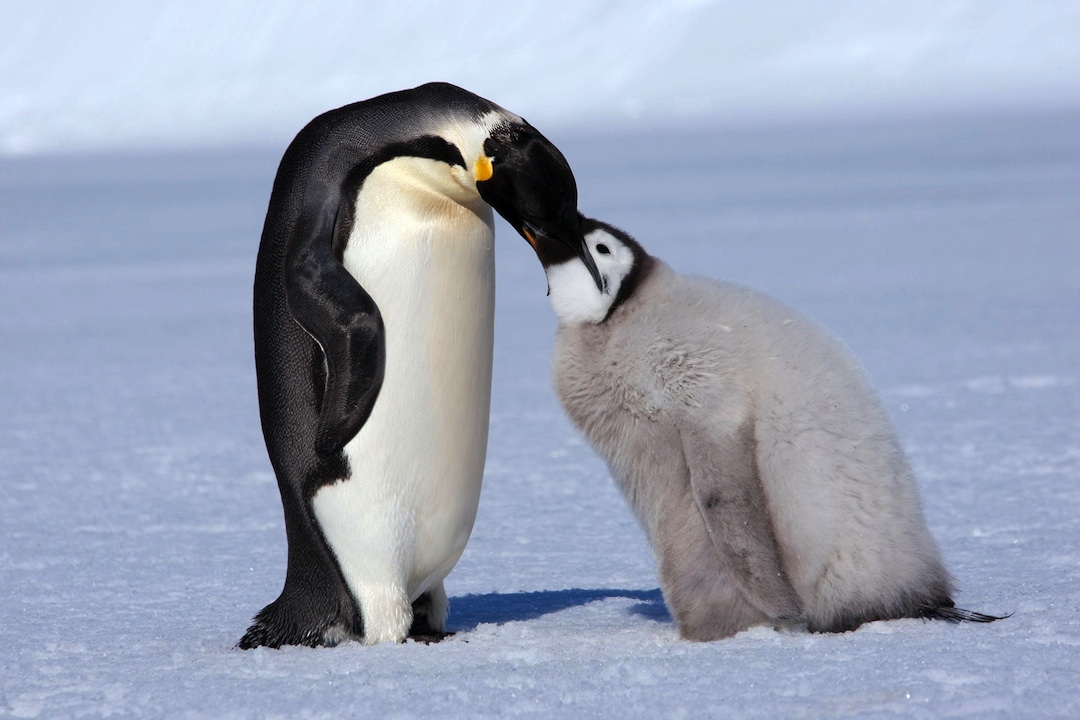 Feb 12, 2010 – Antarctica – Resembling ‘Mumble’ from the box office hit ‘Happy Feet’, an Emperor Penguin Chick from the Antarctic is fed some fish by it’s loving mother. Emperor penguins need a lot of food when young as they grow up to be the tallest and heaviest of all living penguin species and are the only penguin species that breeds during the harsh Antarctic winter. Perhaps best known for the journeys the adult penguins make each year in order to mate and to feed their offspring which can involve a treks of 50-120 km over the ice to their breeding colonies which may include thousands of individuals.(Credit Image: © Caters News/ZUMAPRESS.com)